OpenXCom is basically nothing else than X-COM UFO defense and Terror from the Deep reverse-engineered. However, the game depends on the original media data (sounds, textures, maps, etc…), so you still need the original. You can still find it at GOG and Steam. However, since the original practically doesn't run on the current systems anymore, you can easily get over it. But the fact that the game is also available for Linux is really cool.

Also some changes have been made to improve the gameplay. For example, you can make the setting to display the path the soldier will take and the time unit cost before executing a Go command. Doors can now be opened, as in TFTD, without necessarily going through them. You can walk sideways, you can run, you can choose the base layout when starting a new game. The possibility to display the radar range and the course a craft will take is also ingenious. 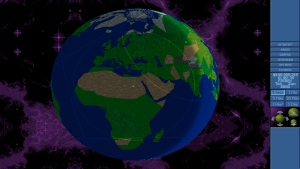 You can also instruct the soldier to shoot at the target regardless of the missing line of sight. Especially with the auto shot you can shoot away obstacles with the chance that your remaining shots will hit the target. Also at last you can define the order of the soldiers in a spaceship and their weapon layouts will be saved (so you don't have to reorder everything before every battle). You can also choose to have spaceships take off even though their fuel and ammo aren't 100%. The scroll wheel on the mouse now also has a feature, namely switching levels. You can also use the keyboard to scroll and change soldiers. The number of savegames is no longer limited, because the savegames are now by file name. These are all things that I personally find very powerful.

Also some bugs have been fixed. For example, that Avengers never used more than 50% of the fuel is no longer the case. You can finally move the tanks really freely, without any restrictions due to the errors in the mouse control. Also you can now, if you don't feel like starting a (new) campaign, simply generate a battle directly, with selection of which UFO, which race, which level of technology, with what you show up yourself. Good beginner training for everyone who wants to play UFO2000. 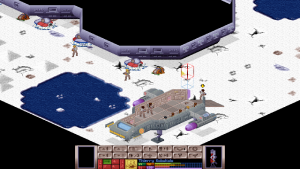 There is a relatively old installation package with OpenXcom 1.0 stable, so not Nightly. Even if “stable” suggests that this would be the better choice, the nightlies are recommended for various reasons:

The game requires the original data from X-COM. If your original data medium is gone by now, you can find the files on the net. OpenXcom needs either version 1.4 of the DOS version or the Collectors Edition. If you are a non-owner and want to proceed legally, you can buy the game from Steam. There is now also a patch developed by the community that fixes map bugs and the like. It can be found at http://openxcom.org/download/extras/universal-patch.zip.

For X-COM 1 you need the following directories:

Note: Since Linux is case-sensitive for file names, the folders must be written in capital letters. Otherwise the game won't find the files under Linux.

You should install the community patch. If you want to compile yourself more often in the future, you can also simply pack these files together with the original game. First unpack the above mentioned folders into a directory, then unpack the directories from the patch archive there and overwrite them if necessary. The result can be stored in an archive for later use.

TFTD is not shown, if you lack some of its file. If you missed some files for UFO Defense, then the game won't even start (but tell you, what it is missing).

Under Windows, the game is simply extracted from the archive into an appropriate folder. The original data has to be copied into the directories UFO or TFTD.

As already written, it is not recommended to take the stable ones, but rather the nightlies:

In principle, the game is also available via the package management. However, the packages are not exactly most up-to-date. You can also do this manually:

You may need to install additional packages to use it, especially for compiling:

Or as a command to install under Ubuntu:

The -dev packages are only required for compiling, their compiled versions should actually be installed when installing OpenXcom from a PPA.

You may have to compile the game yourself, e.g. because newer mods also require newer OpenXcom versions. As a Ubuntu user you have to use the compiler yourself for nightlies. But that's not very difficult either. In principle, you can automate this for the most part.

Download source files. These can always be found at https://github.com/SupSuper/OpenXcom, on the righthand side below the link “Download ZIP”. Unzip it into a directory of your choice (you won't need it afterwards). Or you can do it with git:

With git, the advantage is that the version string also uniquely identifies which build was compiled, e.g. if you want to submit bug reports. This will pretty much narrow down which version the problem occurs with.

This finishes the compilation (unless any errors occurred…). In this case you should be able to start with standard paths. If you have edited the paths, e.g. to get the game to run as a user somewhere, i.e. without proper installation, you can write a start script:

with the respective paths to OpenXcom or the original directory. Then save the script under $HOME/bin/ and name it openxcom, make it executable and you can play OpenXcom without admin rights for the installation in your own home folder by simply entering openxcom in the console. Of course, the script can also be located somewhere else, e.g. on the desktop, where you can start it elsewhere.

If you really value optics, you can also create a desktop file for the just created start script, in order to integrate the just compiled OpenXcom e.g. into the starter of Gnome:

Save this file e.g. under the name OpenXcom.desktop and make it executable. This file can be located anywhere, but for Ubuntu with Gnome it is recommended to store it under ~/.local/share/applications, because the starter is searching there too. For all users the folder /usr/share/applications is more suitable, because everyone can find the symbol.

Important: The newly installed files in the original folder may not be used if a UFO or TFTD folder is found in another one of the searched paths. Therefore it is recommended to either delete or at least rename all other original folders (e.g. data old or something similar). You may be able to find other existing original folders with a simple command:

sudo is necessary, because otherwise you might not be able to find all paths, or error messages may constantly interrupt the output due to missing rights. The file BACKPALS.DAT is part of the UFO directory and should theoretically only occur once on the disk, unless you have stashed it somewhere else as well. If you can find several paths with data/GEODATA/BACKPALS.DAT at the end, these are exactly such possible problems.

The sample script downloads the sources, unpacks them, copies/unpacks the original/patch files into the UFO directory, changes the version string and compiles a release build including installation. The no longer needed zip file with the sources will also be removed. Hint: It is not recommended to run the script twice, if it is possible that the folder structure has changed. Better delete the old OpenXcom master folders before running! (Can of course be automated as well, like many other things….) Of course you can work yourself to the limit here.

[ Back to the games database ] [ X-COM derived games ]